Play the Border Zap is an advanced game and is only used in combination with Level 3 and Level 4 games.

Step 2: Teams place their 3 cards on the table, face down, until Step 2 is completed.  Deal 3 more GeoPlunge cards face down to each team.  Teams may look at only these 3 cards. At the same time, each team trades one of its GeoPlunge cards that it was just dealt with the other team.

Determining Who Wins a Border Battle and Whether that Team Receives the Bonus Point: The first team to win 4 tricks wins a border battle and earns 2 points. The winning team receives a bonus point (i.e., 3 points total)  if it wins 5 tricks.  If one team wins the first 5 tricks, the battle ends early.  If both teams win 3 battles, the team winning the last trick wins the battle and earns 2 points. 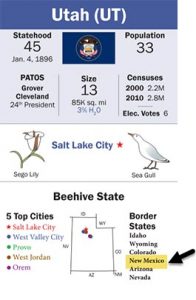 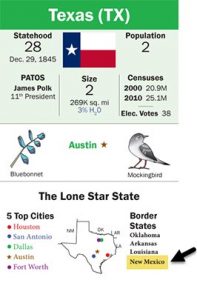 The structure for Level 4 is the same as Level 3, with the following exception: